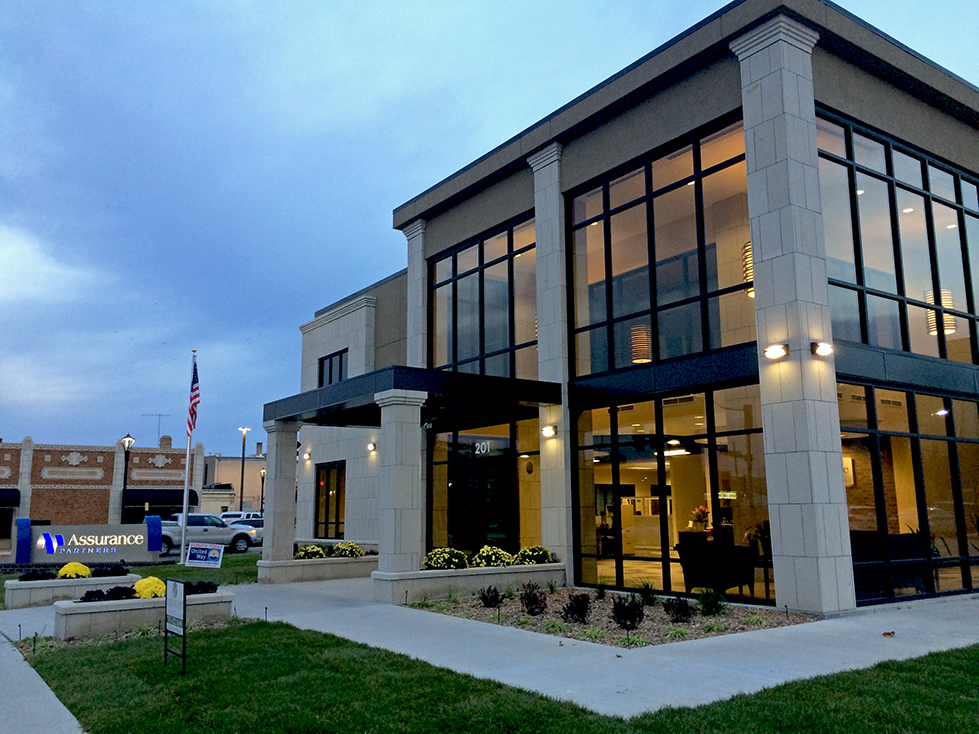 When purchased by Assurance Partners, the original building, located in downtown Salina, was neglected and dilapidated. The property was first opened in 1968 as a Statler-Hilton Inn, and consisted of an L-shaped building of motel rooms and a separate Lobby/Convention building. The complex had since fallen from its glory days and had become known, by most, as the Phoenix Hotel, and was an ideal spot for vandals and squatters.

During its transformation into the new office location for Assurance Partners, the L-shaped Motel section of building was razed, and the Lobby/Convention Center was gutted, and a 2-story addition was incorporated on the south-east corner

The renovation & addition features a twenty-four foot tall glass atrium & entry with floor-to-ceiling stone columns. The glass atrium allows for the 2nd floor board room to overlook the lobby and the neighboring streets. Work areas consist of an open office layout with a ceiling of uniquely shaped acoustic clouds hanging below exposed structure. The many large windows at both the exterior and interior of the building allow natural light into almost all spaces of the building. This beautiful building has become glorious once again, and is truly a unique addition to downtown Salina.

Building Program: 16 individual & Executive Offices; 2 separate open offices areas that can house +30 employees; a reception desk and neighboring work room; an open meeting and brainstorming area; a multipurpose room for training and events; a board room with an attached kitchenette and private restroom; a full kitchen with adjoining lounge and break space; 1 elevator; 2 stairs – one open stair featured near the entry; public restrooms on both levels; 6 different mechanical, electrical and storage rooms 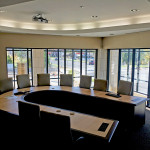 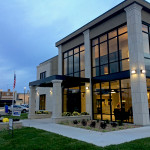 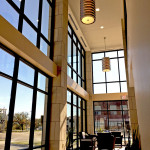 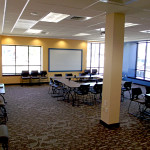 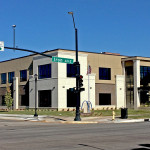 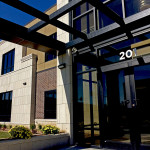 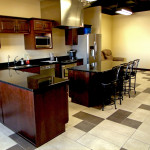 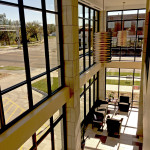 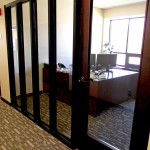 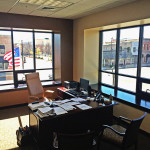 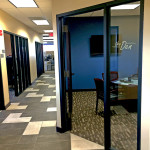 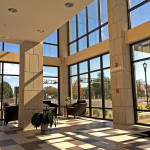 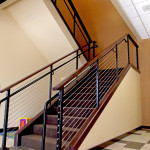 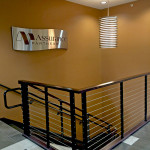 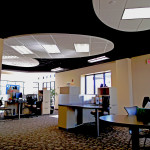