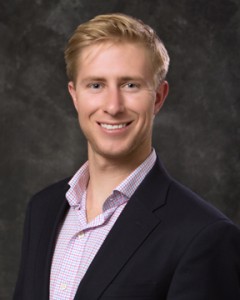 Chris brings passion and a tireless attitude for creating great and inspiring design and architecture to JGR (Kansas City Office). He believes that the most successful projects are created from listening, collaborating, and teamwork to develop great solutions and possibilities. Architecture has the powerful ability to transform the environment and create spaces that can inspire and improve the world around us. Creating, and using great design ideation to envision better communities, buildings and places is something that Chris prides himself on.

After growing up in Salina and living there for nearly 20 years, he made his move to Kansas City, where he has been working and living for the past 5 years. With Kansas City being one of the fastest growing economies in the Midwest, Chris is excited to be a part of the recent cultural wave that has brought great energy and life to the city. He looks forward to many exciting projects and adventures. With his former firm, Chris was a leader and vital member of the design team. Recent projects include the One North Master Plan Development (North Kansas City), which will repurpose a vacant industrial lot into a vibrant mixed use development that will bring new life and people to the North Kansas City area. Chris and his team also worked on a proposal of a mixed-use redevelopment for the 18th and Vine District (Kansas City). A vision was provided for enhancing the unique character of the district by adding density and potential commercial development, which would bring new life to the district. He also was a lead designer and influential voice for the Ward Parkway South Expansion Project (Kansas City, MO), a restaurant lifestyle center that will cater to the surrounding neighborhood community, providing a walkable dining experience. Chris has enjoyed working as part of a team and is pleased that he has had the opportunity to work with several family members within the architecture and development business on a daily basis.

A strong sense of community is something that Chris values and has enjoyed from living in both Salina and Kansas City. While living in Kansas City, he enjoys playing on several athletic teams during the year and is an avid sports fan. Like any other true Kansas City resident, he takes great pride in supporting the local sports teams: The Chiefs and The Royals. Being a KU Alumnus, he is also a devoted Jayhawk fan. In the summers, you can find Chris at the lake, enjoying time with family, but he also enjoys traveling to the ocean, where he can scuba dive, kite board and enjoy the beach.